The prohibition of anti-competitive mergers and acquisitions (M&A) is one of the three core areas of a competition law.

Mergers are not per se illegal. Combining the activities different companies can allow for a more cost-efficient development and distribution of products and services. This can make the company, and by extension the industry as a whole, more competitive.

It is, however, important to carefully examine whether a merger will have anti-competitive effects, for example if the new entity becomes a dominant player and significantly lessens competition in the market.

Therefore, the mandate of many competition agencies extends to merger control, i.e. companies need to notify the agency if they are planning to merge. The notification is typically an ex ante requirement, with the review done before completing the transaction.

There are mandatory and voluntary merger regimes. The former usually include a suspensory clause, i.e. the merger parties need to receive clearance first before closing the deal. Mandatory, pre-merger notification is deemed most effective as it is otherwise difficult to “unscramble the eggs” once the deal is done. 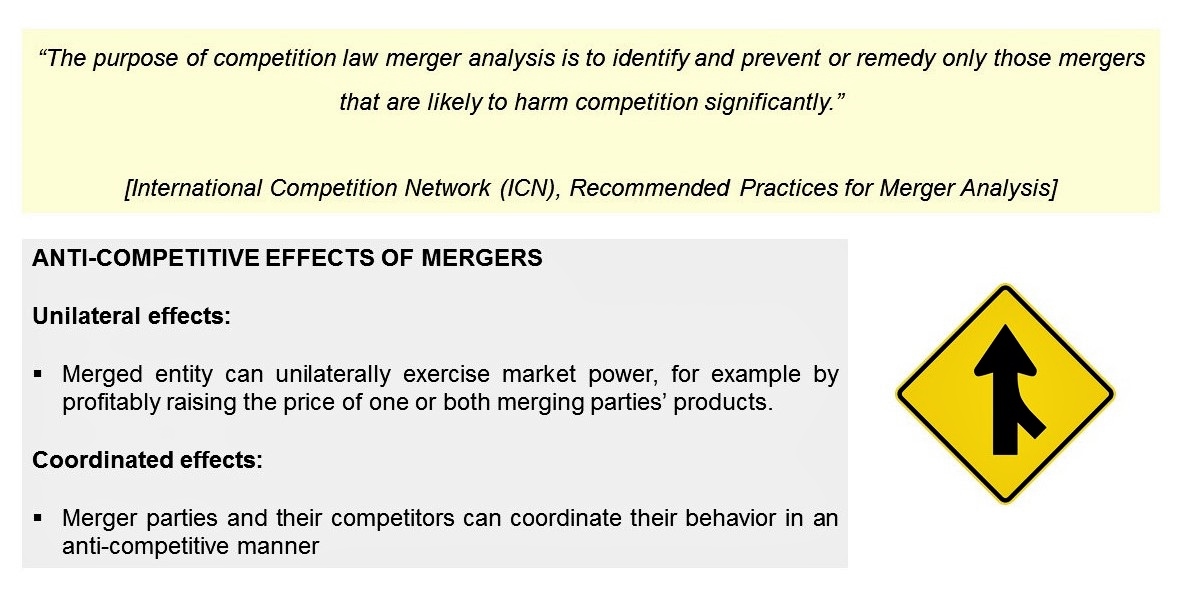