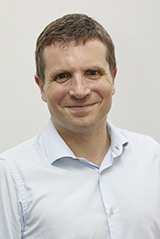 Damian Chalmers has worked at the London School of Economics and Political Science for twenty four years with ten of these as a Professor. He was Head of its European Institute and the Jean Monnet Centre there for four years. He has held Visiting Appointments at the CEU, College of Europe, Copenhagen, EUI, Fundacao Getulio Vargas, Instituto de Empresa, Institute of Advanced Studies Vienna, and Fudan (PRC). He was also a Strauss Fellow at NYU and a Senior Fellow on the British ESRC 'UK in a Changing Europe' programme. He was co-editor of the European Law Review for six years and won thhe Wedderbrun Prize in 1997 for best article in the Modern Law Review in that year.