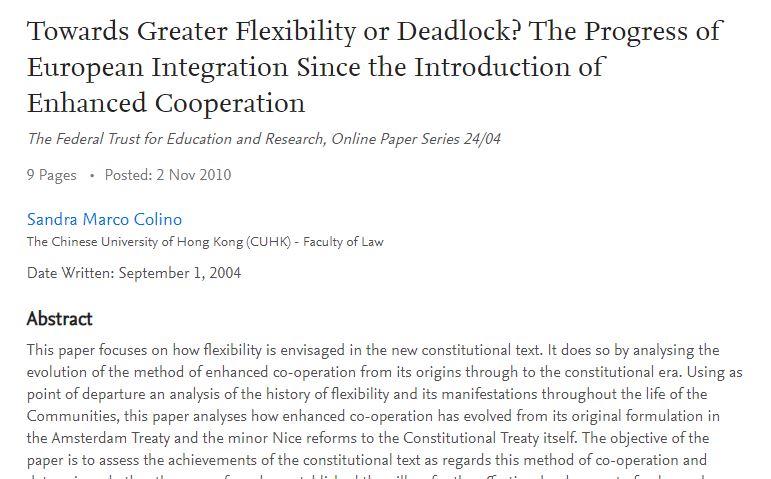 Towards Greater Flexibility or Deadlock? The Progress of European Integration Since the Introduction of Enhanced Cooperation

This paper focuses on how flexibility is envisaged in the new constitutional text. It does so by analysing the evolution of the method of enhanced co-operation from its origins through to the constitutional era. Using as point of departure an analysis of the history of flexibility and its manifestations throughout the life of the Communities, this paper analyses how enhanced co-operation has evolved from its original formulation in the Amsterdam Treaty and the minor Nice reforms to the Constitutional Treaty itself. The objective of the paper is to assess the achievements of the constitutional text as regards this method of co-operation and determine whether the new reform has established the pillars for the effective development of enhanced co-operation, or rather that another window of opportunity to make it a plausible and useful tool of integration has been squandered.