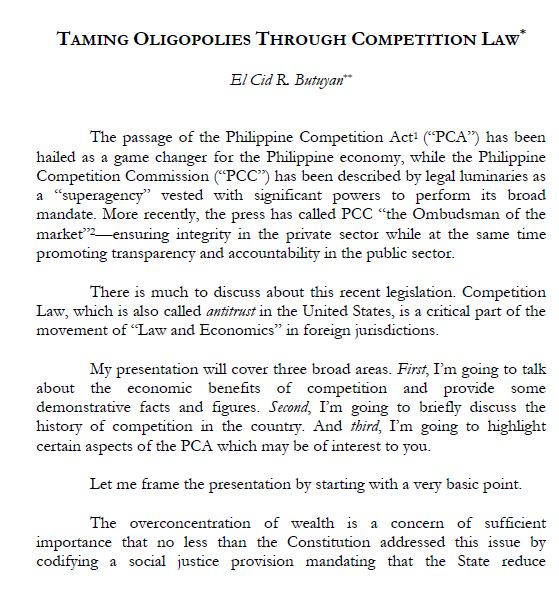 There is much to discuss about this recent legislation. Competition Law, which is also called antitrust in the United States, is a critical part of the movement of “Law and Economics” in foreign jurisdictions.