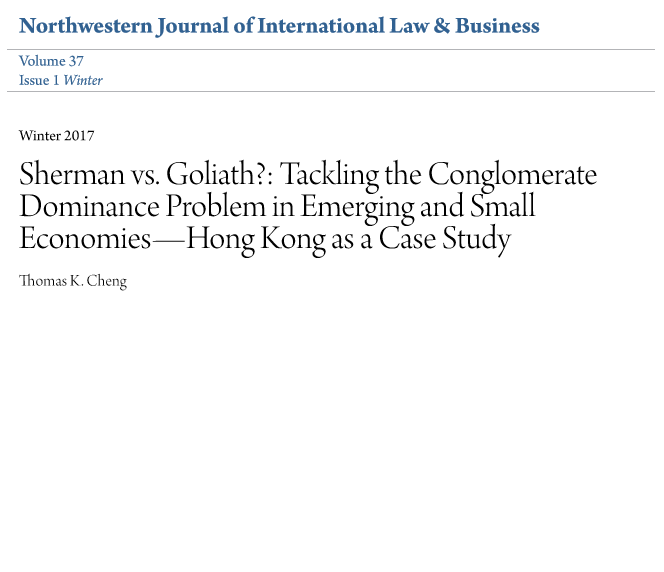 Sherman vs. Goliath?: Tackling the Conglomerate Dominance Problem in Emerging and Small Economies-Hong Kong as a Case Study

This article explores a competition problem that has been long neglected in the two major competition law jurisdictions, the United States and the European Union, conglomerate dominance or aggregate concentration. With their continental scale, the U.S. or the EU economies are unlikely to be dominated by conglomerates. However, conglomerates have been found to be common in small economies and emerging economies. Conglomerates no doubt have their advantages. Yet they also pose some serious economic power issues and distort competition in a variety of ways, the latter of which has been relatively unexplored in the literature. This article catalogs these issues and distortions and proposes two sets of responses to them: direct regulation of conglomerates and competition law enforcement. These two sets of solutions to some extent alleviate the detrimental effects of conglomerates. However, they do not get to the root of the problem, domination of an economy by large conglomerates. Using Hong Kong as an example, this article illustrates the application of these two sets of solutions and their limitations.