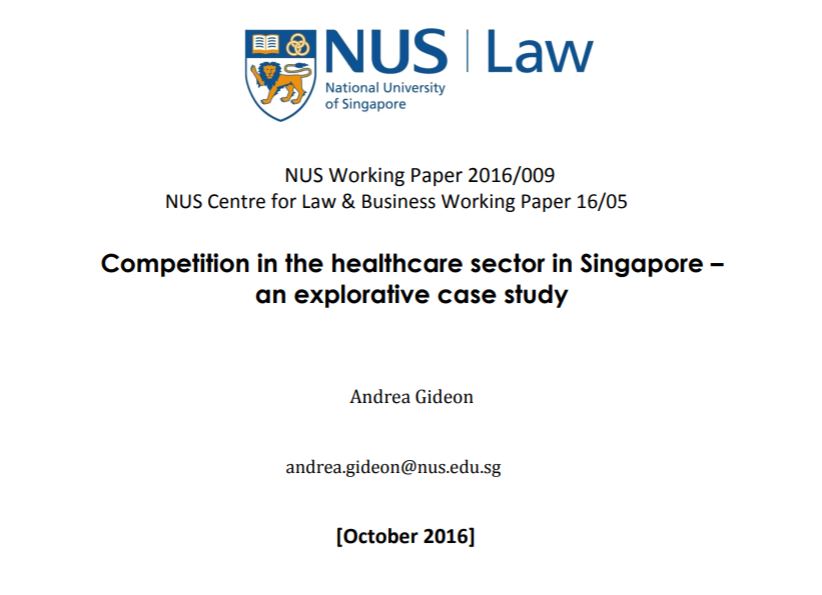 Competition in the Healthcare Sector in Singapore – An Exploratative Case Study

Market mechanisms have increasingly been introduced into the public service regimes of many countries over recent decades. This was meant to foster competition and choice which in turn was thought to increase quality while decreasing prices. Such progressive liberalisation led to public services increasingly falling within the ambit of competition laws which in turn partly required further liberalisation in some competition law regimes. However, there are certain tensions between providing such services in a competitive market and, at the same time, allowing them to retain their public interest character including such elements as universal provision, trust based relationships or equality of access. The ASEAN countries, in which competition law is still a relatively new area of law, might face such tensions with increasing application of competition law to these areas. Yet, the application of competition law to public services in ASEAN countries has thus far received virtually no attention. The explorative case study ‘Competition in the healthcare sector in Singapore’ aims to make a first step in filling this gap in the research by exploring the healthcare sector in Singapore from a competition law perspective. It will leave to one side questions on medical research, pharma firms’ interaction with the market and primary care. Instead it focuses its analysis on hospital care; more specifically on in-patient care (i.e. mainly secondary care). The research will explore in how far the notion of undertaking is applicable to hospital in-patient services in Singapore. Since the notion of undertaking in Singaporean competition law has received hardly any attention so far this is ofrelevance beyond the case study. It will then proceed to analyse in how far there might be potential issues with competition law application (s 34, 47 and 54 of the Competition Act) and if there would be recommendations beyond the legal analysis.