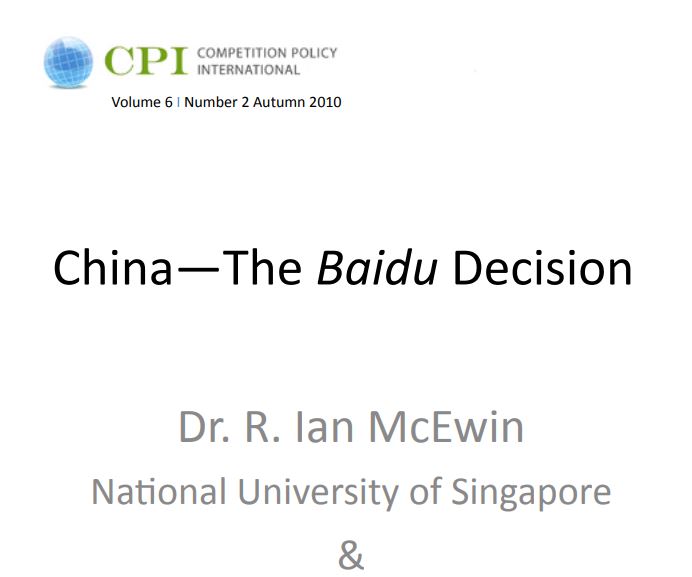 The Baidu case, one of the first abuse of dominance cases in China, is important in several respects. First, it was one of the first private competition law actions in China. Second, the judgment was read out in a real-time broadcast. Third, the legal reasoning was more detailed than in other competition law cases. Fourth, the Court stressed the importance of economic reasoning and evidence in deciding such cases. This paper analyzes both the facts of the case and its significance.