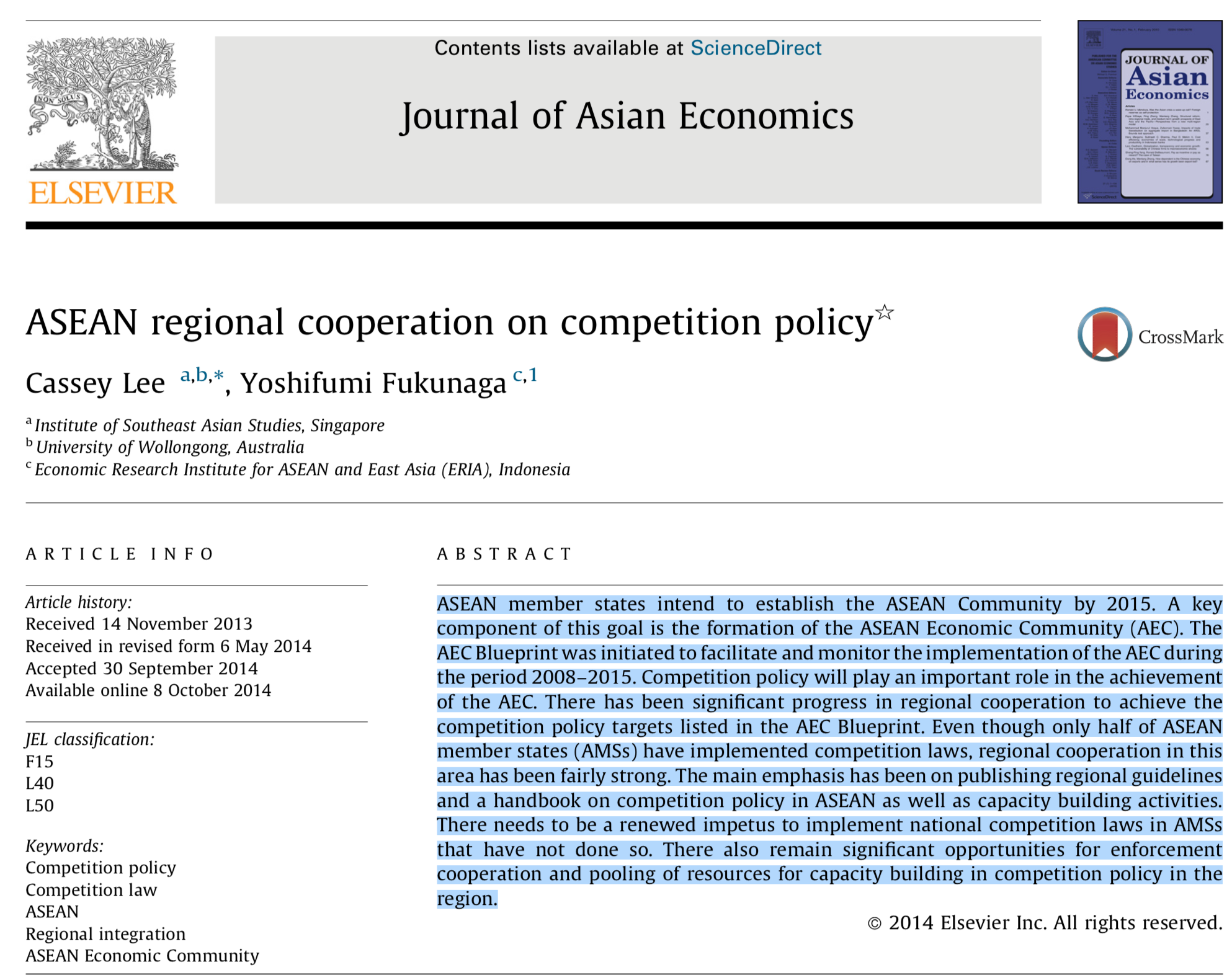 ASEAN member states intend to establish the ASEAN Community by 2015. A key component of this goal is the formation of the ASEAN Economic Community (AEC). The AEC Blueprint was initiated to facilitate and monitor the implementation of the AEC during the period 2008–2015. Competition policy will play an important role in the achievement of the AEC. There has been significant progress in regional cooperation to achieve the competition policy targets listed in the AEC Blueprint. Even though only half of ASEAN member states (AMSs) have implemented competition laws, regional cooperation in this area has been fairly strong. The main emphasis has been on publishing regional guidelines and a handbook on competition policy in ASEAN as well as capacity building activities. There needs to be a renewed impetus to implement national competition laws in AMSs that have not done so. There also remain significant opportunities for enforcement cooperation and pooling of resources for capacity building in competition policy in the region.